ASBA engages in litigation and legal advocacy that supports the association’s Political Agenda. The Political Agenda is decided by ASBA membership in the Delegate Assembly process. All legal actions must also be supported by ASBA’s Board of Directors. 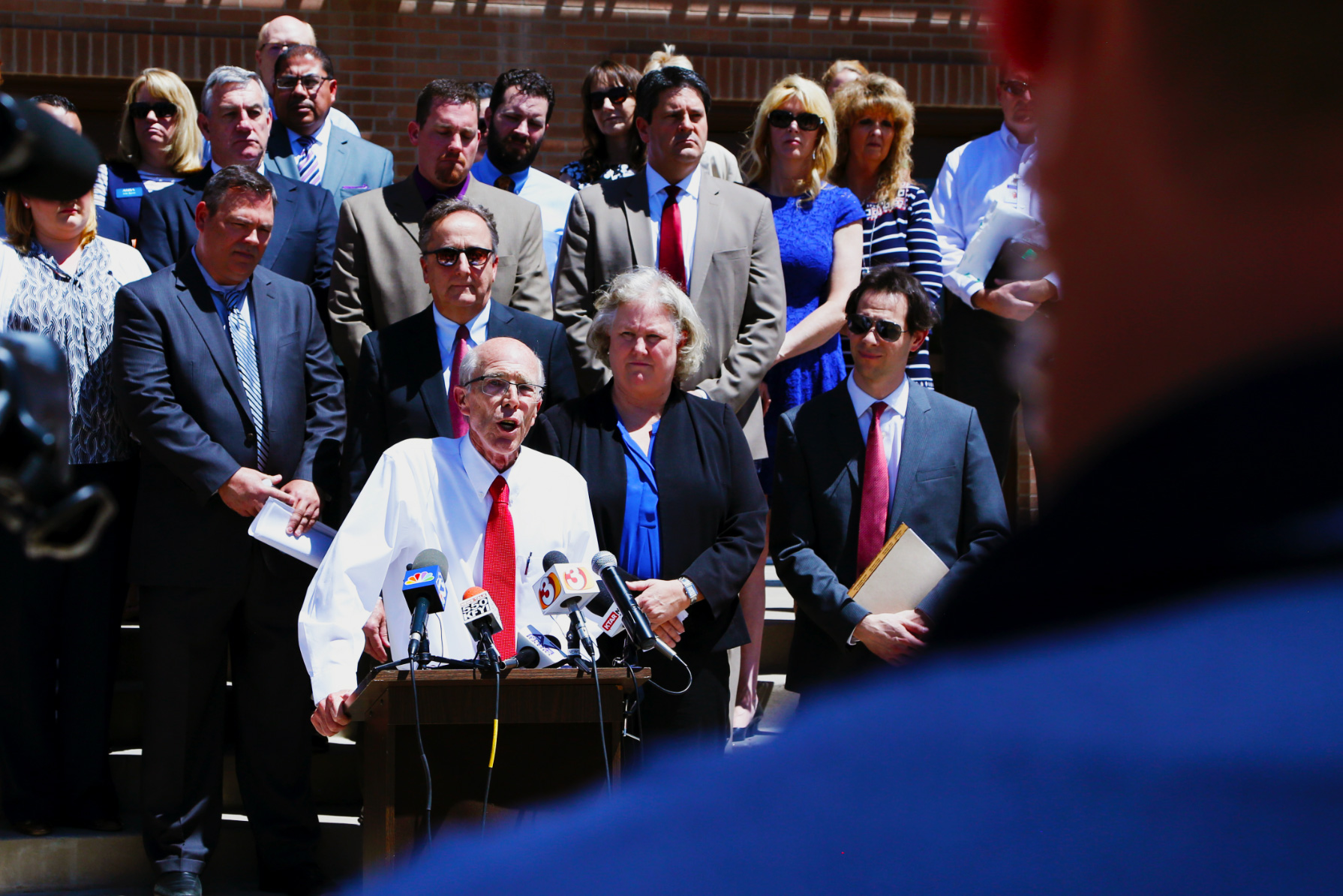 Public education plaintiffs are speaking up against the Arizona Legislature for turning its back on public school districts, and ignoring the obligation to adequately fund public schools under a 1998 court ruling.
Attorneys representing the plaintiff group include Hogan and Mary R. O’Grady from Osborn Maledon, filed the lawsuit on Monday, May 1, 2017, on behalf of public school districts across the state. The plaintiff group includes the Arizona School Boards Association, Arizona Education Association, Arizona School Administrators, Elfrida Elementary School District, Chino Valley Unified School District, Crane Elementary School District, Glendale Elementary School District and Kathy Knecht, a private citizen who resides in the city of Peoria. Instead of prioritizing public education for funding, the Legislature has cut $4.56 billion dollars to public schools since 2009. And those cuts have never been restored. These cuts don’t account for the effects of inflation or growth in the student population. And while the dollars are gone, the needs and services these funding sources paid for continue to exist across the state. State leaders have ignored this obligation far too long, they have lost this fight once, and it is time to step up and adequately fund public schools according to the law.

Some background: Tim Hogan, attorney for the Arizona Center for Law in Public Interest sued the state over the same issue in 1994, successfully arguing that relying on local taxpayers to pay the bill by passing bonds to cover school-maintenance costs put schools in low-income areas at a disadvantage which violates the state Constitution. A settlement agreement in 1998 included $1.3 billion in one-time money to bring buildings to state standards, and about $200 million a year to schools for soft capital for necessities such as textbooks, buses and technology. Since then, the Legislature has gradually continued to axe the program, even after the Great Recession the cuts continue to increase year after year.

ASBA is a named plaintiff in the case. Plaintiffs lost in Maricopa County Superior Court (February 2012). Case appealed to Arizona Court of Appeals where it was argued on Feb. 13, 2013.

Whether funding for charter schools violates the General and Uniform Clause of the Arizona Constitution; whether school overrides violate the same clause.

II. Local Control/Governance – Ensure all public schools are funded and governed in a manner consistent with the Arizona Constitution’s requirement of a general and uniform public school system, so that substantial disparities in the treatment of schools are not created by the law.

ASBA has intervened in case on side of the state. Case is still in Maricopa County Superior Court. Defendants have won several procedural motions. There is a motion for summary judgment on behalf of the state pending.

Whether the Arizona Legislature is obligated under Voter Protection provisions of Arizona Constitution to fund inflation as prescribed in Proposition 301.

V. Funding – Ensure full funding for inflation, especially in years in which the rate of inflation is greater than 2 percent, and vigorously oppose at the legislature and in the courts any attempts to not fully fund at least the 2 percent inflation factor as approved by the voters in Proposition 301 (2000).

ASBA is named plaintiff in case. After losing in Maricopa County Superior Court in February 2011, the plaintiffs won a unanimous decision out of the Arizona Court of Appeals in January 2013. At press time for the Journal, the state was still deciding whether to appeal.

Whether the Legislature violated the Arizona Enabling Act and Constitution by diverting proceeds from State Trust Lands for operations of the State Land Department.

IV. Taxation/Revenues – Serve to maintain and increase the earnings of the school trust lands for the benefit of K-12 public education.

ASBA was an amicus curiae (Friend of the Court) party in case. Arizona Supreme Court found that the legislative action violated both the Enabling Act and the Constitution.

Whether the Career Ladder program violated the Arizona Constitution’s General and Uniform clause since only 28 districts were able to participate.

VI. Personnel – Seek legislation providing all school districts with 5.5% in revenue to fund a career ladder program or other locally-determined professional development program or other system that promotes or rewards teacher performance. (This provision has since been removed from the Political Agenda.)

ASBA was an amicus curiae party on state’s side in case. Maricopa County Superior Court ruled program violated the General and Uniform clause of Arizona Constitution. As ASBA feared, Legislature used the ruling to eliminate Career Ladder program (rather than allowing other districts to join).

Whether school vouchers violate the Aid Clause of the Arizona Constitution.

ASBA was a named plaintiff in case. After losing in Maricopa County Superior Court, ASBA won at the Arizona Court of Appeals and the Arizona Supreme Court (2009). Vouchers are unconstitutional in Arizona.