ASBA is excited to promote a new webpage dedicated to information and resources for members to use to keep their local community informed on the importance of participating in the upcoming Census in 2020. The new webpage includes quick facts, key dates, graphics, articles and other external resources.

The Census determines the level of federal funding for programs that impact schools, students and families. About $700 billion is distributed in resources each year to states and localities for 16 programs, including Title 1 Grants, National School Lunch Program, Special Education Grants, Foster Care, Section 8, Head Start and more.

Several factors are leading to predictions of a larger than normal undercount for Census 2020.

ASBA is excited to continue the equity webinar series this year.

ASBA is a member-driven, member-serving organization. As president of the ASBA Board of Directors, I’m inviting and encouraging your district to take part in one of the most significant opportunities for your district’s views to be represented – the ASBA Delegate Assembly.

At the Delegate Assembly, every ASBA member district has an equal vote and an equal voice in developing the ASBA Political Agenda for the year ahead. This critical document determines the association’s positions on legislation and informs all our advocacy efforts in four core areas:

This year’s Assembly will be held Saturday, Sept. 7, at the JW Marriott Camelback Inn in Scottsdale, starting at 8 a.m. and running through approximately 11 a.m. That’s less than four weeks away.

Registered delegates represent 421,795 students or 44% of the 966,148 total students served by ASBA member districts. Will the needs of your students be represented? (Click here to see districts with delegates already registered.)

If your district has not yet registered a delegate to attend:

Register online between now and Aug. 26. The cost is $55. On-site registration on Sept. 7 will also be available (Still on the fence? Consider this… A drawing for a complimentary one-night stay at the Camelback Inn will be held at the Delegate Assembly and all registered attendees are eligible to win.)

To view the draft Political Agenda that will be discussed and voted on at the Delegate Assembly, click here.

Greek philosopher Socrates said, “I am the wisest man alive, for I know one thing, and that is that I know nothing”. Yet according to britannica.com, his “way of life, character, and thought exerted a profound influence on ancient and modern philosophy.” In other words, he was a smart guy. But he knew the more you know, the more you know there is more to learn.

That’s why when I hear of governing boards who don’t pursue professional development for their board members, it makes me wonder whether their students are being short-changed. I have been to over 30 ASBA conferences and countless other training opportunities in the last seven years and there isn’t a one of them that wasn’t valuable to my service as a board member. Often, I gained knowledge I didn’t even know I needed. Usually, it came in the form of questions I needed to ask my superintendent or fellow board members.

One example is the sessions that have focused on data as insight to lackluster student achievement. Another is the discussions on equity, which aren’t just about race or gender. As I’ve traveled around the state, visiting a variety of school districts, each of them dealing with unique sets of challenges. Some districts have more than their share of students living in poverty. Others sometimes have trouble fielding full boards or must transport their students over long distances on bad, unpaved roads. Still, others are stuck with old infrastructure and insufficient tax basis to make the required upgrades. The bottom line is that the challenges our districts face are plentiful.

Unfortunately, some districts opt out of ASBA training opportunities citing insufficient funding or the fact that their board members don’t have the time or “don’t want to get political.” Yes, ASBA has a legislative agenda voted on by membership, which they pursue each year. Advocacy, however, is only one of the functions of the association. The most important function is to “provide training and leadership development”. Expanding your board’s “toolkit” via professional development for board members can offer options and solutions you didn’t even know existed. It also exemplifies the message to teachers and other district professionals that the board values professional development. After all, I think we all can recognize that “do as I say, not as I do” is not a very effective leadership strategy.

Fortunately, ASBA makes it easy for board members to pursue professional development. From regional B.O.L.T.S. workshops, to county meetings, to four major conferences per year, there really is something for everyone. And if some needs still aren’t met, ASBA will deliver affordable made-to-order training sessions directly to your district. Speaking of affordable, it doesn’t get much more affordable than “free,” which is the cost to participate in webinars offered throughout the year like the upcoming equity and trauma-informed topics this fall.

Every district in Arizona is a member of ASBA, but not every district is getting the full value of that membership. Yes, training requires a commitment of time and money, but since governing boards set the tone for the entire district, isn’t the potential return on investment worth it?

Each year, ASBA honors individual school board members, as well as entire governing boards for efforts toward improvement and to promote the idea of better boardsmanship. Awards are also presented to districts, schools and teachers for excellence in student achievement. Student scholarships and a student photography contest round out ASBA’s annual awards. All information and nomination forms can be found here.

How a PE teacher recovered from workplace injury

Written by The Trust

In 2019 the Trust and Alliance will be releasing a series of stories to remind our members of the pools’ mission, how we help Arizona school districts, and what sets us apart from typical insurers. For this third installment, we spoke with Ms. Tammy Hall, principal at Willcox High School, about her incredible recovery from a workplace injury.

She credits her successful return to work in part to the support she received from the Alliance. In 2011 Tammy Hall was a PE/health instructor at Willcox High School. On November 29, 2011 she was in the gym helping to set up for the first basketball game of the season. Tammy used a lift to get near the ceiling to fix a speaker that wasn’t working properly. Once she was 20 feet in the air, she realized her positioning wasn’t quite right.

As she attempted to get closer to the speaker, the lift began shaking under her feet. The next thing she knew, the lift tipped over with her in the bucket. Tammy doesn’t remember much of what happened in the immediate aftermath. She was airlifted to Banner University Medical Center, where she underwent four surgeries over the next three days. She had sustained multiple facial injuries, a fractured left shoulder, and a fractured left femur.

Immediately following her injury, the Alliance connected Tammy with a case worker, Mary Ann. Mary Ann worked with Tammy and her partner throughout the duration of her recovery. “(Mary Ann) was wonderful to work with, her knowledge was amazing, and she always answered all of our questions. She kept us in the loop every step of the way, and overall was just fantastic,” Tammy recalled. After leaving the hospital, Tammy moved to a rehab facility where she stayed until December 23, meeting her goal to be home by Christmas. Once Tammy was back home, Mary Ann arranged for her to begin physical therapy at the local hospital and continue her recovery. As a result of her facial injuries, Tammy had her jaw wired shut. Unfortunately, during the procedure to remove the wires, there were some complications, which ultimately meant that Tammy had to have her jaw re-broken and re-wired. While this was a difficult setback, Mary Ann referred Tammy to a new doctor who expertly took over her care.

In May of 2012, Tammy was released to return to work with no restrictions. Being a teacher, she had summer break available for added recovery time. When she returned to work, she applied for the athletic director job and got it—demonstrating the value of getting right back on the horse. Once school resumed in the fall, Tammy was able to embrace her new role with no limitations, less than a year after her major injury.

Tammy ultimately made a complete recovery. She believes the Alliance played an important role: “Without the Alliance, I would not have been able to make the recovery I did. The adjusters were extremely professional, easy to talk to, and always there to answer all of my questions.” Tammy herself deserves most of the credit, of course.

In 2013 she was nominated for the Fred Brick Memorial Foundation Rehabilitant of the Year. This award is presented to an injured Arizona worker who has overcome significant obstacles to reach their highest rehabilitation potential. Continuing her successful bounce-back, Tammy was recently named principal at Willcox High School.

Funding to Pursue National Board Certification 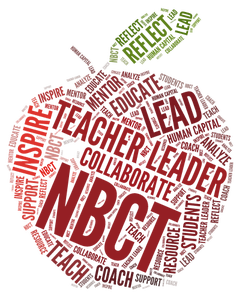 The Arizona K12 Center has just announced they received funding for 200 teachers to seek National Board Certification through the Arizona Teachers Academy! This funding stream will provide each qualified teacher the financial assistance to pay for all four components as well as up to $225 credit for eligible Arizona K12 Center candidate support events. To be eligible for Board-certification, teachers must meet the following education, employment, and licensure requirements prior to starting the certification process. Candidates will be asked to verify these during registration.

Interested teachers must complete the Arizona K12 Center’s National Board Pre-Candidacy class and our National Board Institute. These are designed to set a teacher up for success while bringing greater clarity to the process, expectations, and the NBPTS standards. Our Pre-Candidacy class is offered in schools and districts throughout Arizona. They also have a hybrid class starting soon with a National Board Institute occurring in November. To make these learning opportunities accessible to as many teachers as possible, they have reduced their fees. Below is information regarding both offerings:

National Board Pre-Candidacy Class
September 14, 2019 – October 26, 2019 (Note: The first and last classes are face-to-face with the remainder online)
Registration deadline: August 29, 2019
Fee: $20
For more information and to register, click here.

Once an eligible teacher completes the Pre-Candidacy Class and National Board Institute, they are eligible for funding for all four components. A teacher can complete the process of Board-certification in 1-3 years. Here is a link for funding assistance through the Arizona Teachers Academy.

For those teachers who make the decision to pursue National Board Certification and complete the above requirements, there is a National Board Kickoff event that the Arizona K12 Center is requesting all first time candidates attend. Eligible candidates can use a portion of the $225 credit to register for this event. Use the code NBPTS225 when registering for Kickoff:

Rooms at the Camelback Inn are sold out. Reservations are now being accepted at the Mountain Shadows Resort. The cutoff date to reserve rooms is August 14.